Posted on September 28, 2016 by aridelessordinary 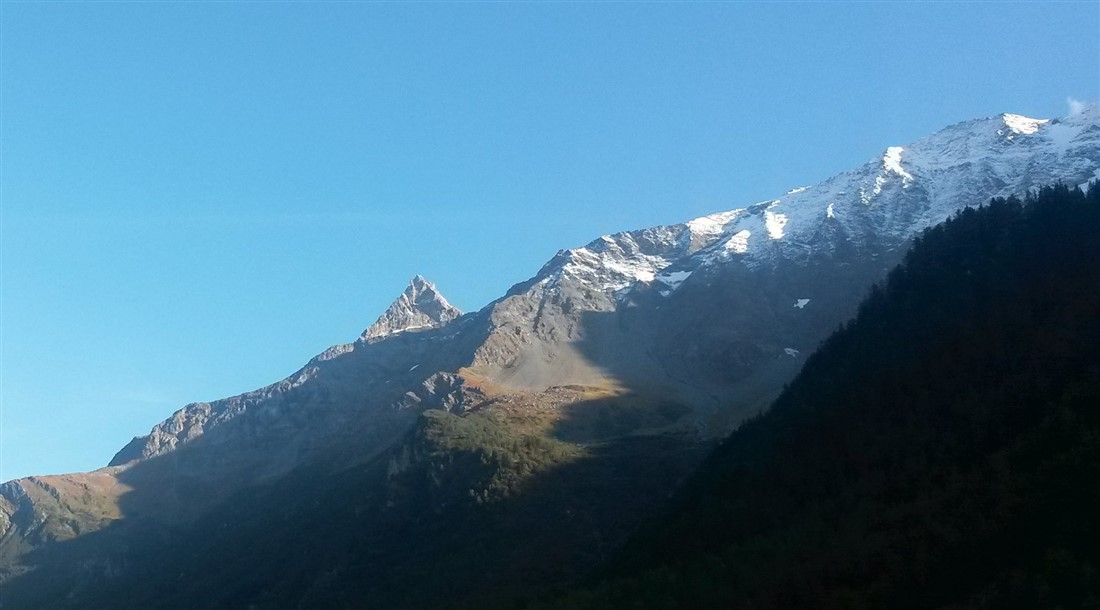 The Plan was cycle up the Peisy Nancroix valley, lock the bike at the end of the road and continue on foot up to Lac de la Plagne and a Refuge called Entre le Lac. It was 40 km in total, a 24 km cycle and and 16 km walk, both involving around 700 m of ascent, so 1400 m in totaI.  I planned to come back via some smaller roads through the village of Villaret. Something to ease my city legs back into some alpine hills.

The Ride.  I awoke late. 9.15 to be precise.  I’ll blame the 1 hour difference, but blame unfortunately didn’t solve anything.  I rushed around like you do on the first proper day of the trip, forgetting everything and double checking everything so I wasn’t out of the door until 10.45.  Woeful!  I set off up the valley on a picture post card day, with not a cloud in the sky.  I was interested to see if my increase in tyre width from 25 mm to 28 mm would adversely affect my riding, particularly on the uphill bits, but alas,  my legs were fresh and it was impossible to feel anything but joy!  I was riding at approximately 600 m vertical ascent/hour which is on the absolute lower limit for a sports rider but that’s fine, I’ll put myself at the top of the leisure category instead!

I locked my bike at the Refuge Rosuel and set off up the valley, through a large herd of bell ringing cows.  The walk  started with a reasonably steep climb up the valley side and eventually reached a grassy plateau surrounded by the high peaks of the Vanoise National Park.  The lake was further than I had imagined and when I eventually reached it, it was way past lunch-time.  There was a sign with the menu for the refuge attached (including Tartiflette and Hot Chocolate), so I set off around the lake only to find that the Refuge was shut for the season. So it was just me and the Marmottes and my bike snacks.  I was aware that I had to push on due to my late start, but the going was fairly easy and I made good progress back down the valley.

By the time I got back to Refuge Rosuel, I was heartily sick of my bike snacks.  Too much instant energy and not enough slow burning food, and I realized that I didn’t have anything quick and easy to cook when I got back, so I decided to see if the Refuge would solve my problem.  One humongous baguette stuffed with vast quantities of cheese and ham and a pression of Lager later and the problem was well and truly solved.

I whizzed back down the valley with the sun low in the sky and picking up every nook and cranny of the ‘sunny-side’ mountains.  A worthy treat at the end of my first day out.

Highly recommended!  I would set off earlier if I did it again, and take my swimming things for a quick dip in the lake.  A leisurely Triathlon!

(above left: old man’s beard, top: looking back on the Bellecote ridge as evening approached, middle: grassy plateau at the top of the Peisy Nancroix valley, bottom:  Knobbly mountain in the sun on the Vallandry side of the valley)

Notes: I took a small rucksack, with an extra layer and a waterproof and used them both on the way down (waterproof for wind not rain), I took a cap not a helmet, but would take a helmet next time and lock it with the bike.  I also wore trainers and used my half and half pedals (flats on one side) 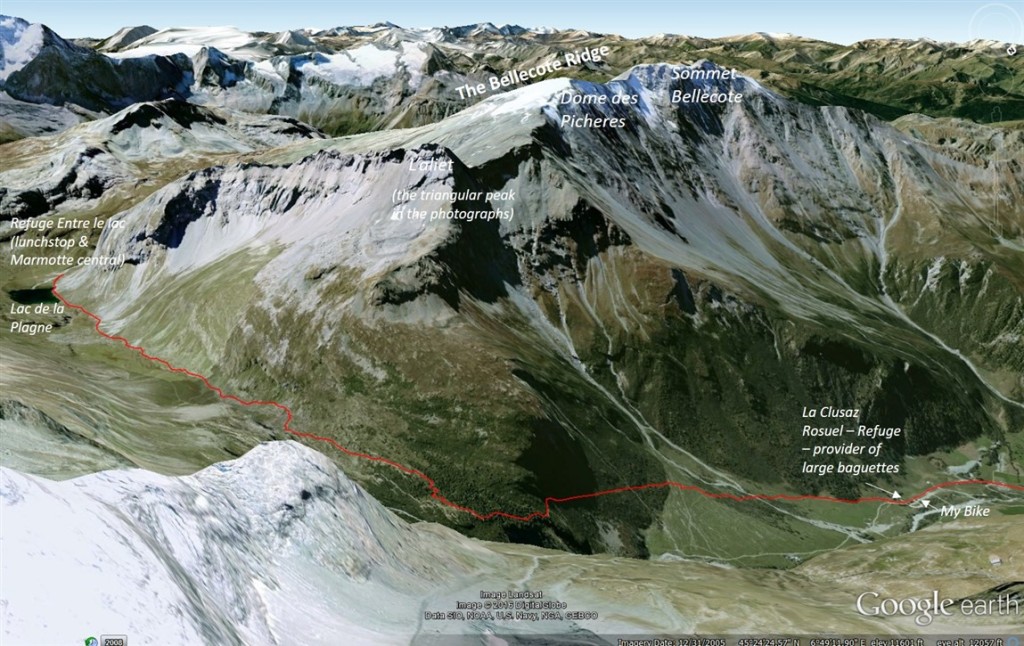